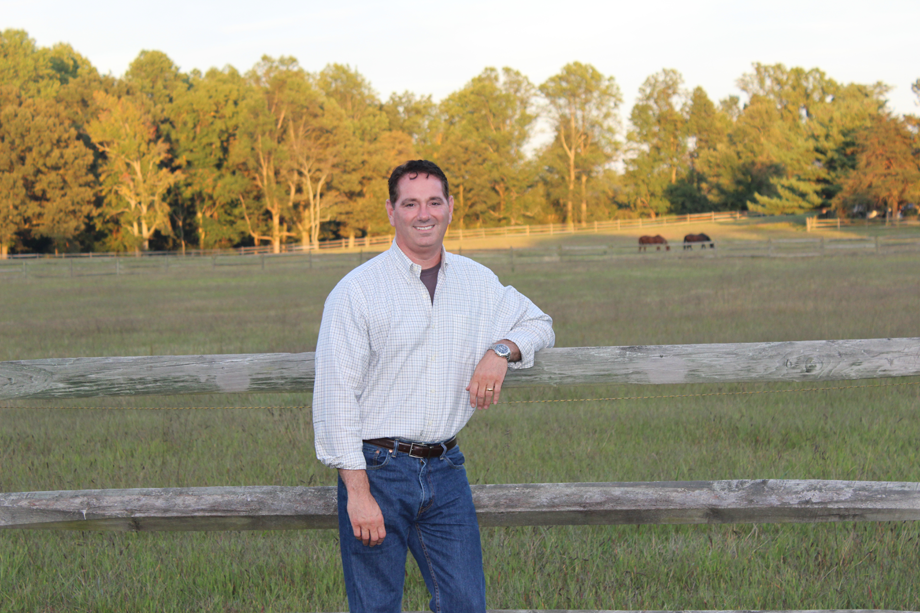 I was born just outside of La Plata, Maryland and have lived in Southern Maryland my entire life. Much of my childhood was spent working with my Dad on our family owned tobacco farm. I attended public school and graduated McDonough High School in 1992.

Auto racing was a big part of my life because when we weren’t farming, we were racing. I grew up around racing and watched my father drag race professionally throughout the country. I started racing myself when I was 15 winning the High School Championship at MIR. After high school, I had success winning locally and nationally at many NHRA and IHRA events. As rules and opportunity changed in drag racing, I got more involved in dirt track racing as a way to balance my traveling schedule with drag racing nationally and dirt track racing locally in off weekends. This was highlighted in 2005, when I competed in 9 drag races and 13 dirt races ranging from multiple trips to Canada, Illinois, North Carolina, and Ohio. Memorial Day weekend that year I even did “a double” winning a drag race in Petersburg, Virginia only to jump into the dirt car to finish 5th at Potomac Speedway later the same day. During the 2005 racing season, my wife Kathy and I were also blessed with our second child Sarah. Racing as a part time job was great, but with a very demanding schedule and after that hectic 2005 year, I felt like I missed “my window” to further that career and I cut back on racing instead choosing to focus more on my family, IT and real estate career. I still race today, it’s just not the priority it was when I was much younger. 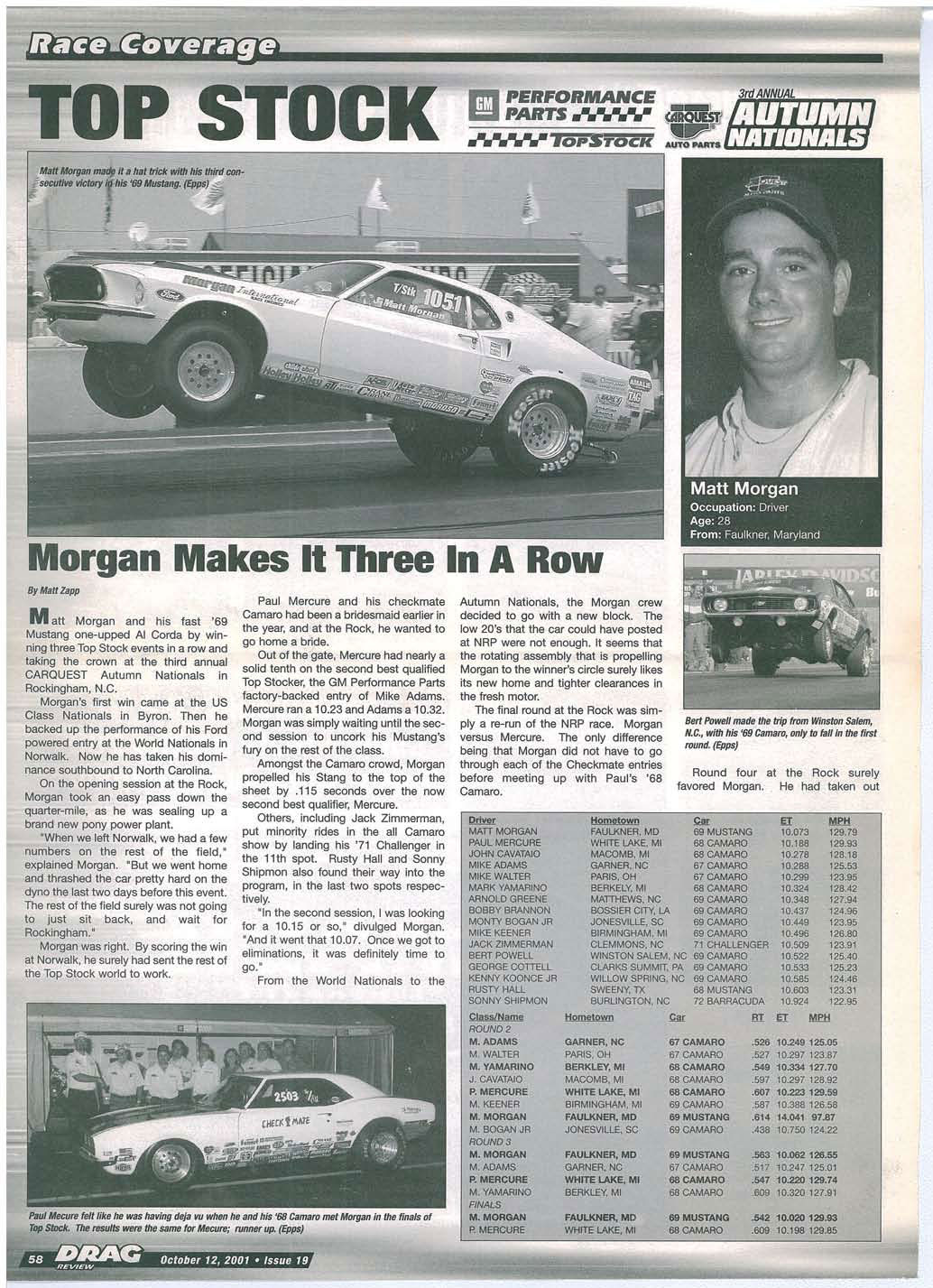 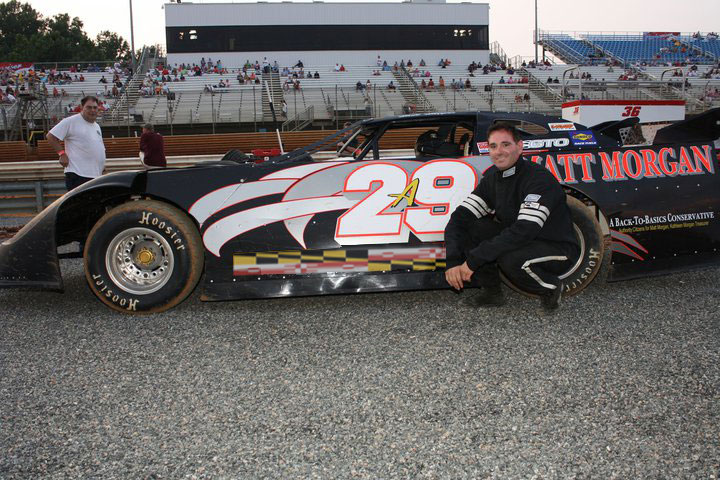 After high school, I attended the College of Southern Maryland but college really wasn't my thing and I only attended one semester. I got a job as a Construction Cost Estimator where I was responsible for designing HVAC systems, performing materiel takeoffs and writing contact bids. At night, I went back to school and found that my mechanical skills from racing transferred nicely to computer networking technology. I earned industrial certificate in Cisco Networking (CCNA) and in Microsoft Networking (MCSE). After obtaining my certifications, I quickly found employment as a System Engineer at a project management firm in Alexandria, VA. After a year, I moved on to work at a Law Firm in D.C. as their IT System Administrator. My family moved to Hughesville in 2001. Frustrated by long hours and even a longer commute to DC, I went to work for the College of Southern Maryland as their Lead Technical Specialist in 2001 and I still work there today. Growing up in a rural area, I had always been interested in real estate. I took my first Realtor class right after high school and helped my family with the sale of our family farm and purchases of two other large farms in the area. Starting in 2005, I affiliated as a Realtor with O’Brien Realty in Charlotte Hall and help families buy and sell residential real estate. As the real estate market declined in 2007, I witnessed firsthand the problems bad government regulations caused. Seeing the political reactions to the housing collapse prompted me to take a more activist role in politics. I had always been politically aware watching debates and reading the local paper. But after watching Maryland legislators making mistake after mistake with bad legislation from misguided foreclosure laws to uncapping management fees on teacher pension funds amid a stock market crash, I felt the need to be more personally involved. After attending several rallies, local fundraisers, working the Republican booth at the St. Mary’s county fair, and reaching out to elected officials to make my voice heard, I finally decided to run for office myself.

I filed to run for the House of Delegates in April of 2010. I ran against a very popular, 24-year incumbent, Democrat Johnny Wood, Jr., who I was told was "unbeatable". Despite being from out of county and being out spent 2-to-1, we beat Del. Wood on election day... only to lose in absentee ballots and early voting. When it was all said in done, I won half of the precincts, and lost by less than 300 votes out of the 15,000+ votes cast. It was the closest state-level race in Maryland and caught everyone by surprise. I believe it’s disingenuous for people to run for office and, when they lose, you never see them again. If you ran for the right reason, you stay involved and that is what I did. So, when the Maryland General Assembly passed In-State College Tuition for Illegal Aliens in 2011 and a petition drive was launched, I immediately volunteered to help. The group MDPetitions, chaired by Freshmen Delegate Neil Patriot, asked me to serve as the Southern Maryland coordinator for the petition drive. The purpose was to allow the voters, who have been ignored by their elected officials, to have their say on some of the more controversial legislation through a ballot referendum – to let the voters decide. With a small team of volunteers, and sometimes by myself, I went to many community events, high school graduations and even door-to-door to meet the goals needed to put the initiative on the ballot. Numerous individuals, both on-line and via paper, also submitted their signatures to be counted. I am proud that St. Mary's not only met, but far exceeded, the signature goals set for our area. The success of the petition drives in St. Mary's made me believe that all is not lost for the State of Maryland. With the hard work of just a few dedicated citizens, we can push for change and I thank everyone who volunteered or just signed these petitions. I also helped with two more petition drives, one to get Same Sex Marriage and the other Opposition to the Gerrymandering of voter districts on the ballot. In 2012, I helped out my good friend, Delegate Tony O’Donnell, and became the St. Mary’s county coordinator for the O’Donnell for Congress campaign. Also, that same year, I helped the Golden Beach Civic Association with a petition drive to have their voting precinct location moved.

In 2014, I ran again and after a ton of hard work and faithful supporters, I was elected to the Maryland House of Delegates. I was assigned to the House Health and Government Committee where I continue to serve today. Serving the people of St. Mary’s County these last for years has been an honor and a great responsibility. I am committed to represent my constituents to the best of my ability. I take seriously the role of a public servant and I will work tirelessly to help Maryland remain a good place to raise our families. 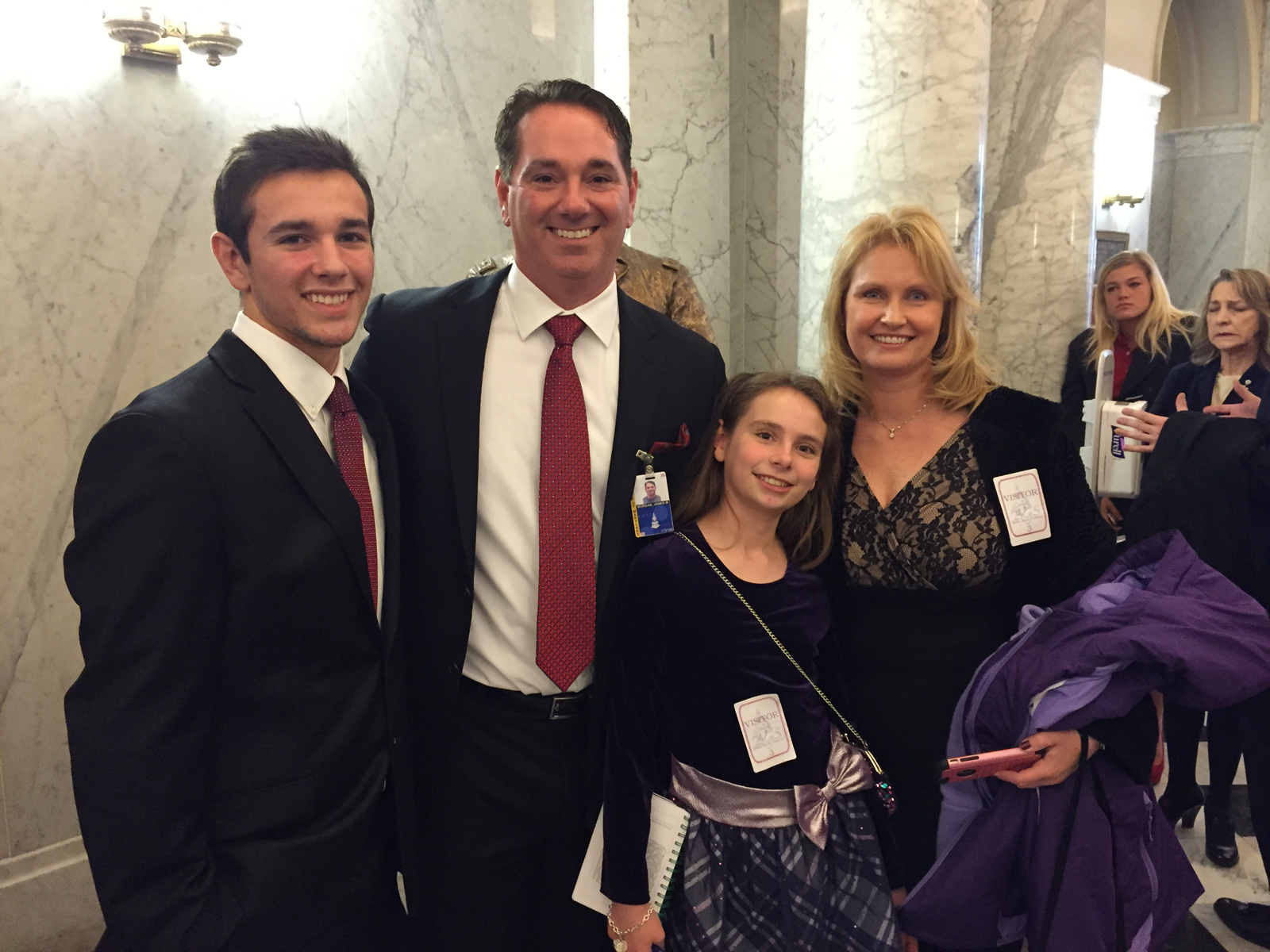 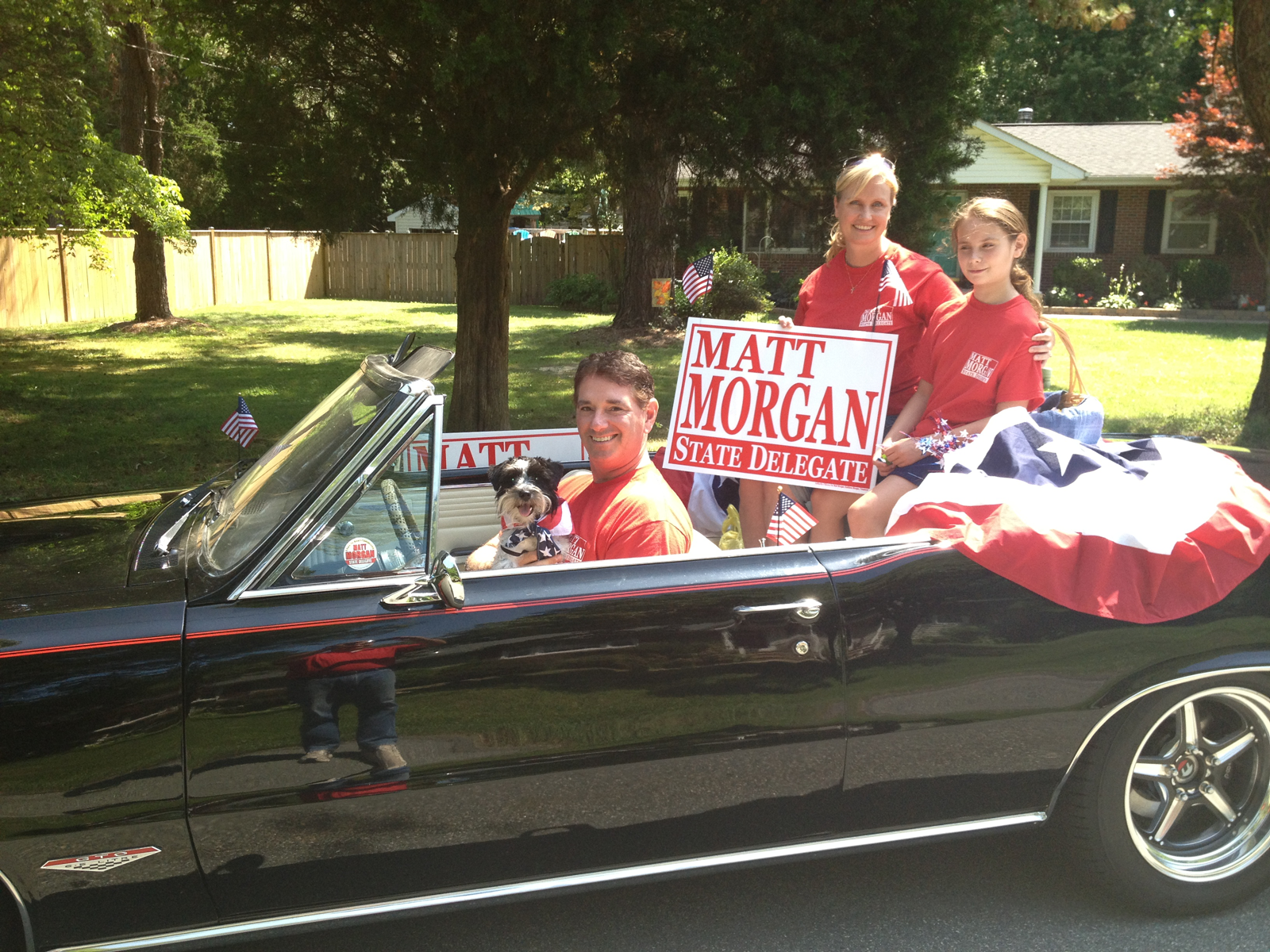 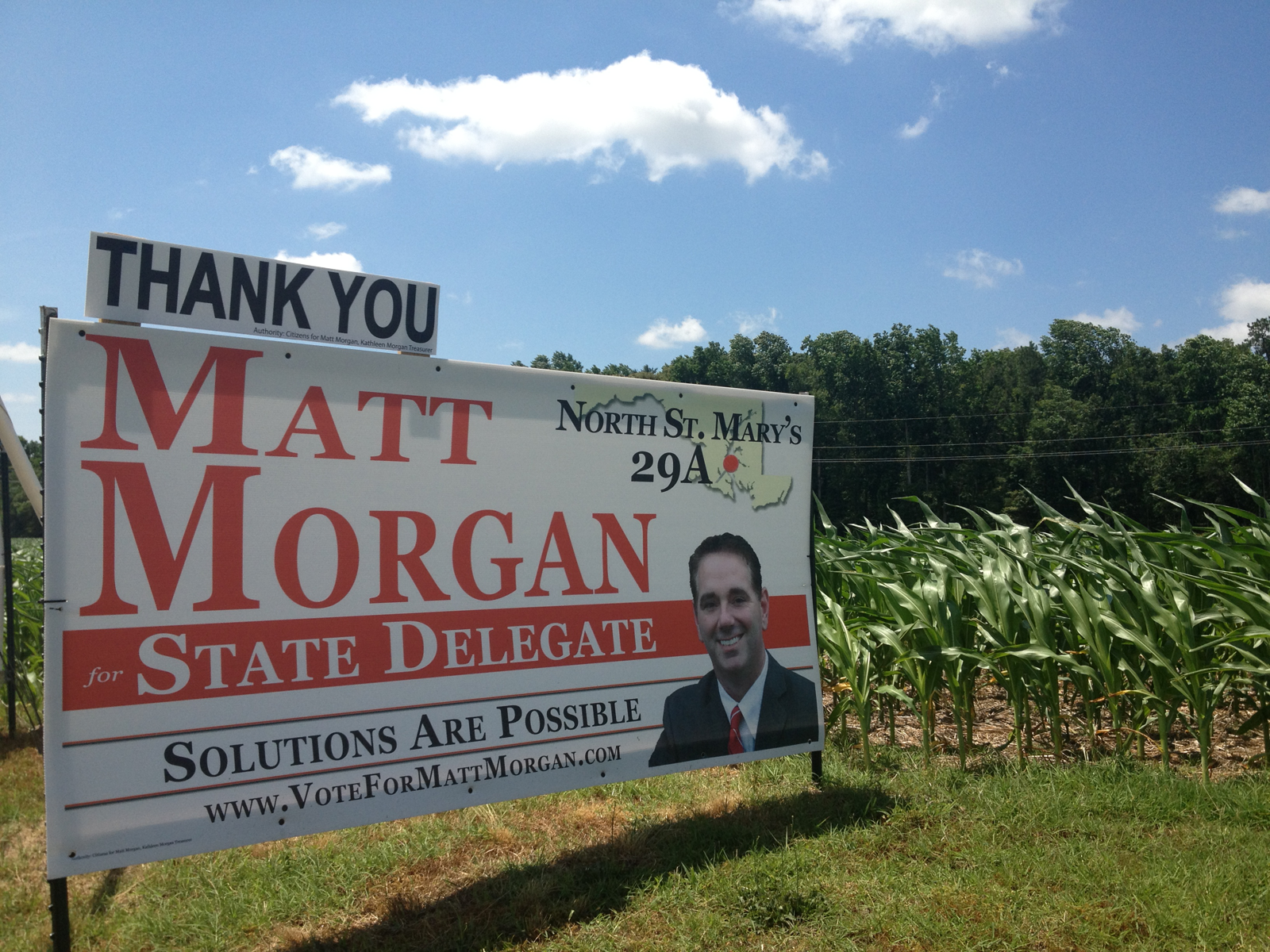