I just wanted to give you a quick email update to let you know that the Maryland Legislature is convening a one-week Special Session to consider Congressional District maps. In addition, the Legislature will also be considering several vetoes from the last regular session.

You can find the Congressional redistricting bills here on the Maryland General Assembly website:  https://mgaleg.maryland.gov/mgawebsite/Legislation/Index/house

State Legislative Redistricting maps will not be discussed until the start of the regular session, which reconvenes January 12th.

Among the many bills that the Governor vetoed, which will be considered for an override:

HB 16, which prohibits the detention of illegal immigrants in cooperation with federal immigration agents. Read the Governor’s veto letter.

SB 202, which would allow for the release of a person sentenced to life in prison for a violent crime in as little as 17 years, without the signature of the Governor. Read the Governor’s veto letter.

HB 319, which is called a tax relief bill for working families that raises taxes on some taxpayers, but does not provide that those revenues are turned over to families in need of relief. Read the Governor’s veto letter.

On a side note:

I had a lot of fun in last night's debate with my friend and sub-committee Chairman Delegate Ariana Kelly (D- Montgomery County). We had a spirited debate in front of Senator Brian Feldman's graduate class at the University of Maryland over the government's role in healthcare, including COVID response, forced vaccination, and masking mandates. Judging by the students' reactions, it appeared they had a good time and heard some information and a perspective they might not have considered. So again, I want to thank Senator Feldman and Delegate Kelly for the opportunity and hospitality. 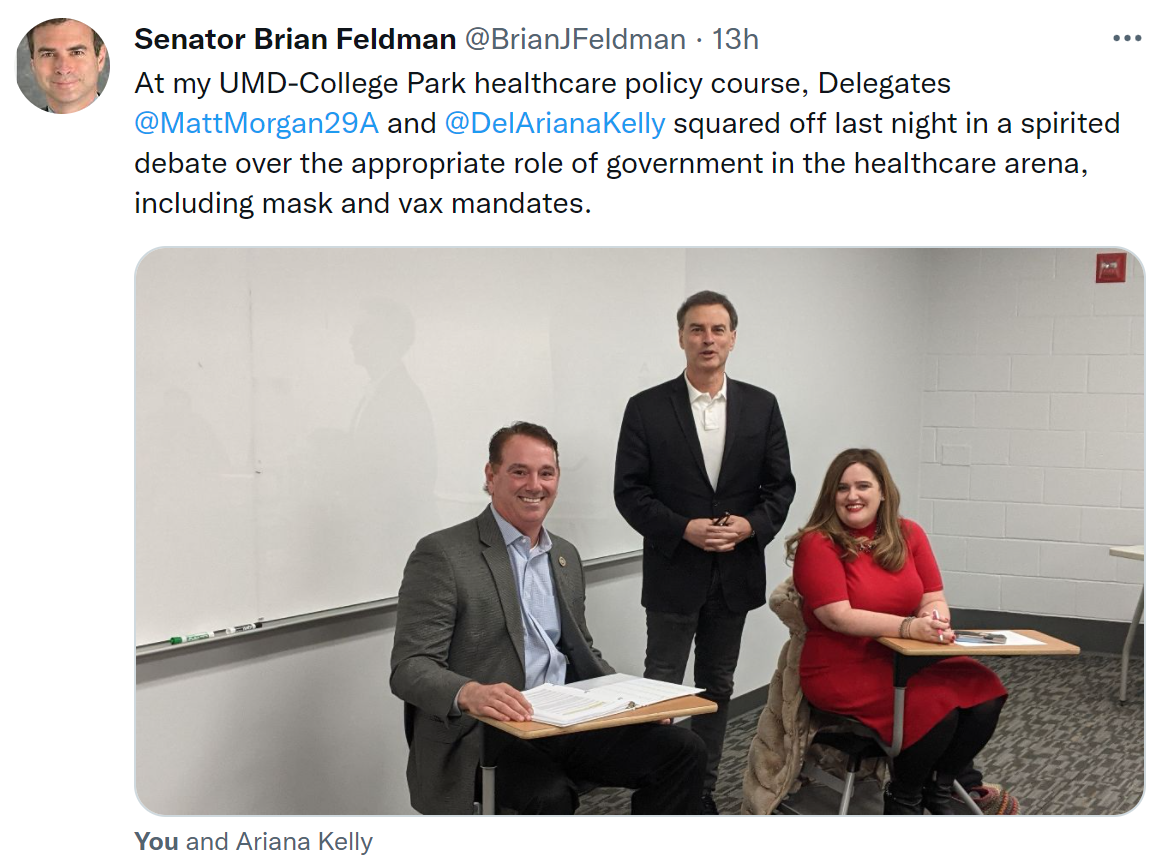