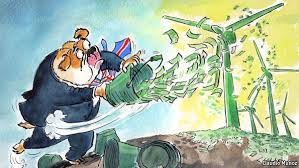 Last week you heard that the Legislature would be taking up the issue of whether or not to override the Governor’s veto of the green energy bill- the  Sunshine Tax.

As expected, the veto was overridden which makes it highly probable that your energy bill will increase. When the bill was introduced last year, SMECO wrote in a letter of opposition, “The additional requirements specified in HB1106 will lead to higher power costs and higher bills for our customer- members. The annual cost impact outlined in this bill would result in a 24% increase over current residential consumer costs. An average residential customer who uses 1250 kilowatt hours per month currently pays $45.93 a year on RPS compliance. The new RPS mandate will mean customers will pay $56.77 a year on compliance.”

This is what proponents of the bill are calling a victory. I disagree and I voted against overturning the veto.  While I agree with the implementation of green energy sources, I do not agree with mandating that these policies be funded by raiding the wallet of constituents through higher utility rates.  Simply put, this bill means "Rates up and Jobs Down."

Another serious issue that is coming back from last year is the proposed ban on guns at college campuses. We all want our kids to be safe wherever they go, but the fact is, it’s an unsafe world. Do not make the mistake of believing that making an area a “gun free zone” will stop a deranged gunman from entering. What the bill very effectively does, however is turn everyone in the area into potential victims.

The bill does not provide an exemption to law abiding citizens who have lawfully qualified for and was issued a conceal carry permit from the Maryland State Police.

The Republican caucus and I offered several common sense amendments to this bill, including requiring armed security at Maryland campuses and allowing an exemption for women who have a protective order and a concealed carry permit to continue to defend themselves - unsurprisingly they were all voted down.  I oppose this bill because I believe that in an unsafe world, in a potentially deadly incident, anywhere- there are three types of people, bad guys with guns, good guys with guns and victims. I will not support legislation that seeks to change that equation by moving Maryland licensed gun owners (good guys) into the victims’ category.

I have introduced the following legislation. Please feel free to send me feedback on these, or if you would like to help support passage of these bills, send me a letter of support to be submitted to the committee that the bill is being heard in.

This bill re-couples accelerated depreciation with the federal under section 179. Currently MD law allows a mere fraction of the amount allowed by the federal. Because of the time-value of money, there is a significant tax benefit to the company for using accelerated depreciation methods. By freeing up cash flow and reducing the effective cost of the asset, it encourages companies to buy more equipment, all else being equal. Recouping the cost of equipment or asset faster is beneficial in that it encourages businesses to invest in more needed equipment or other investment into the growth of their businesses. Recouping that money frees up capital for investment.

This bill repeals the requirement that fuel tax rates be adjusted in future years based on growth in the Consumer Price Index. Since 2013, the gas tax increases exponentially, without the benefit of a vote. I believe that not only is this fundamentally wrong, but it puts many Maryland businesses at a severe disadvantage in places where motorists can go fuel up across the border.

I will be introducing two additional bills. The first is a study on welfare fraud and the other is a bill that I carried last year, to require the State to pay nursing homes within 90 days for services already provided.

Do you have a question or concern about these, or any legislation that is before us this session? Please take the time to contact me by phone or email. I appreciate hearing from you about the things you care about. You can reach my office at 410-841-3170 or by email at [email protected]