I’d like to take the time to send you a quick update. Today I have two items for your consideration: a quick legislative survey and an update on the “sunshine” tax veto override. Thanks for taking the time to read and participate. 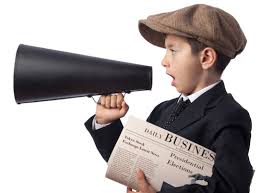 I would like to know where you stand on several key issues like taxes, spending, Obamacare, and transportation.

Please take a moment to fill out a very short informal survey that will be very helpful as this year’s session gets underway.  (Survey not at taxpayer’s expense)

Link to our opinion survey:  http://www.voteformattmorgan.com/voterpoll

If you have other areas of concern that is not included in the survey, or would like to discuss any issue further, please email my office at [email protected]

The anticipated vote to overturn Governor Hogan’s veto of HB 921/ SB 1106 the “sunshine tax bill” has been delayed for the third week.  If the veto override comes up I will be voting with and supporting the same stance as Governor Hogan.

Upholding the veto of this bill is and should be important to every citizen in the State. It has been billed as a job creating legislation, however because of the staggering costs of solar and wind, taxpayers would have to finance the construction of facilities, subsidize them to keep them operational, and be rewarded only with higher energy costs long into the future, thus negating any positives gained by these jobs.

A few things to consider are:

I cannot in good conscience place this hefty burden on the taxpayer. As I have stated above I will oppose the effort to override this veto and will vote to uphold the Governor’s veto.