I hope you made it through the weekend's storm safe and dry.

I wanted to take the time to share the results of a poll conducted by the Winston Group on issues driving Independent voters.  In this analysis, the data is broken down by party and the overall responses of how issues rank in importance on a scale of 1-10.  Any issues above seven are marked in Red.

I find this poll very informative for a couple of different reasons.  First, I firmly believe Republicans have a huge advantage, not only with Independents but all voters.  The first five most concerning issues: Food and grocery prices, Inflation, Economy/Jobs, Crime and Safety, and Gas Prices.

The facts are self-evident that Progressive policies have resulted in higher inflation, higher food and fuel cost, and the lack of labor and contributed to the overall malaise of our economy.  On the topic of crime, Maryland voters can quickly look at laws like Justice Reinvestment, No Cash Bail Bonds, Juvenile Justice Reform, and Police Reform, as well as an overall and unrelenting drive by the Left to defund the police.  All of the above have contributed to a rise in crime, making our citizens less safe.

Second, the purpose of the poll was to highlight important issues to Independents, but what I find fascinating are the two questions that polled highest among Democrats: question 12 - Voting rights and question 21 - Congressional Hearings into January 6th.  I think the high score of both of those issues among Democrats directly reflects media manipulation and is more of an indicator of what news you read and watch than the issues you can see with your own eyes.

I hope you find this data insightful and valuable!  Poll Insights below: 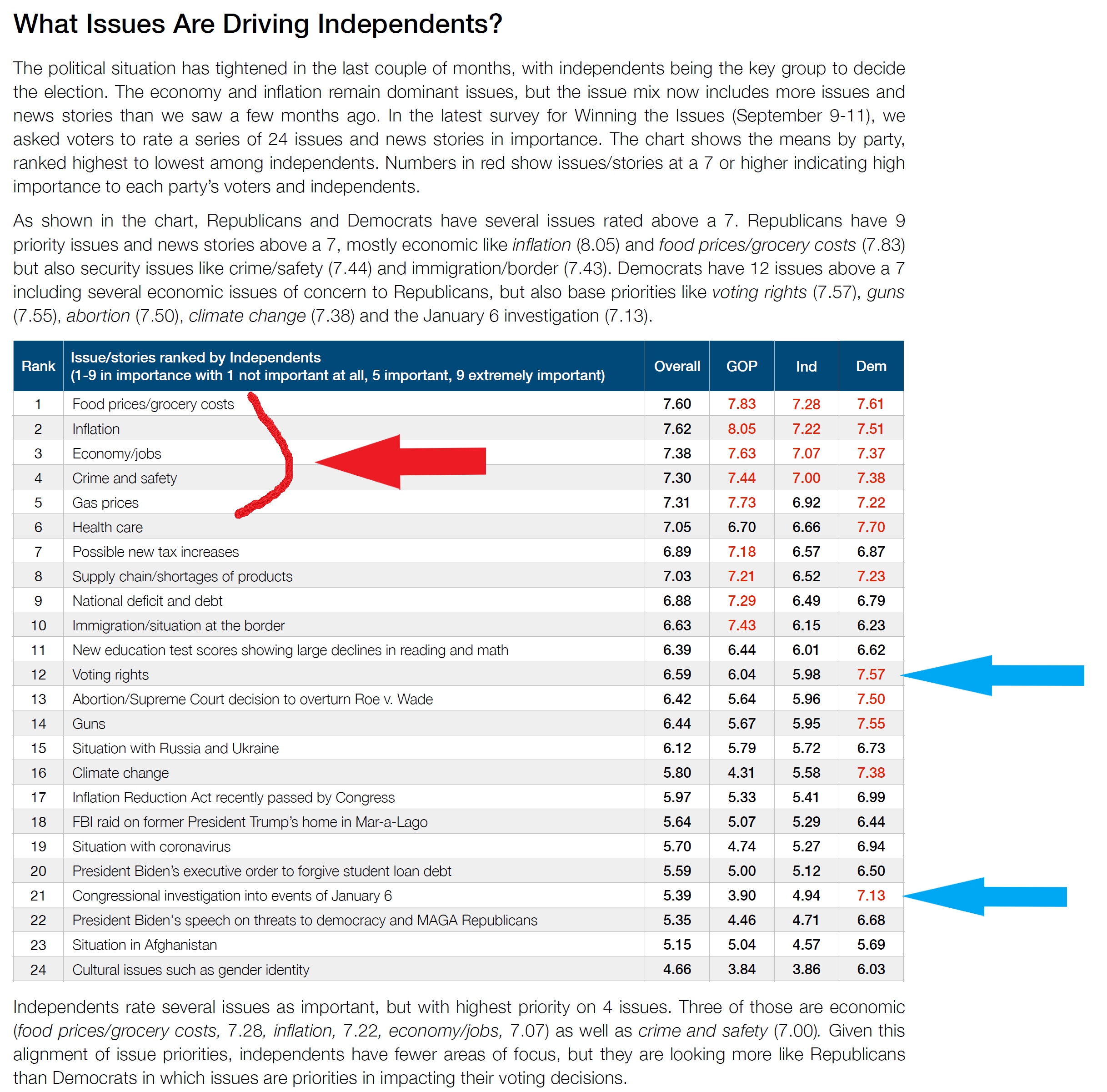