Feeling the pressure to address the issue of skyrocketing gas prices, Annapolis Democrats finally gave in a little, and today we unanimously passed a Gas Tax Holiday.  The legislation repeals Maryland's .37 cents per/gallon fuel tax for 30 days and is awaiting Governor Hogan's signature.  The Gas Tax Holiday bill is emergency legislation meaning it goes into effect immediately once signed by the Governor.

The cut comes as a welcome surprise.  Since the beginning of the Legislative Session, House Republicans have been pushing for tax relief, especially at the fuel pump.  Inflation and lack of domestic crude have resulted in a 60% increase in fuel price over a year ago.

The rapid rise in inflation led me to pre-file HB144 back in November that would stop the "Inflation Tax" on fuel schedule to increase at the rate of CPI this July 1st.  While my bill likely will not pass, it drew attention to the issue, prompting Democrats to draft and pass HB1486 quickly.

This action comes as a massive win as this is the first time the fuel tax has ever been cut in state history.  In addition, it is a huge acknowledgment that our constituents benefit from lower fuel and energy costs.  Given enough pressure, even politicians representing deep blue areas are willing to vote for the reduction.  Also, further confirmation that the Gas Tax Holiday would not have happened if Republicans had not led the charge.

This logical fact should benefit Republicans as we debate Green New Deal legislation that will significantly raise utility bills, which are coming up in the last few weeks of the session.

I have received some social media messages from those concerned about the loss of revenue to the Transportation Trust Fund.  Overwhelmingly motorists pay into that fund with fuel and registration taxes.  However, over 61% of that fund goes to mass-transit, which only benefits some of the state's metropolitan areas.  Below is a diagram showing this. 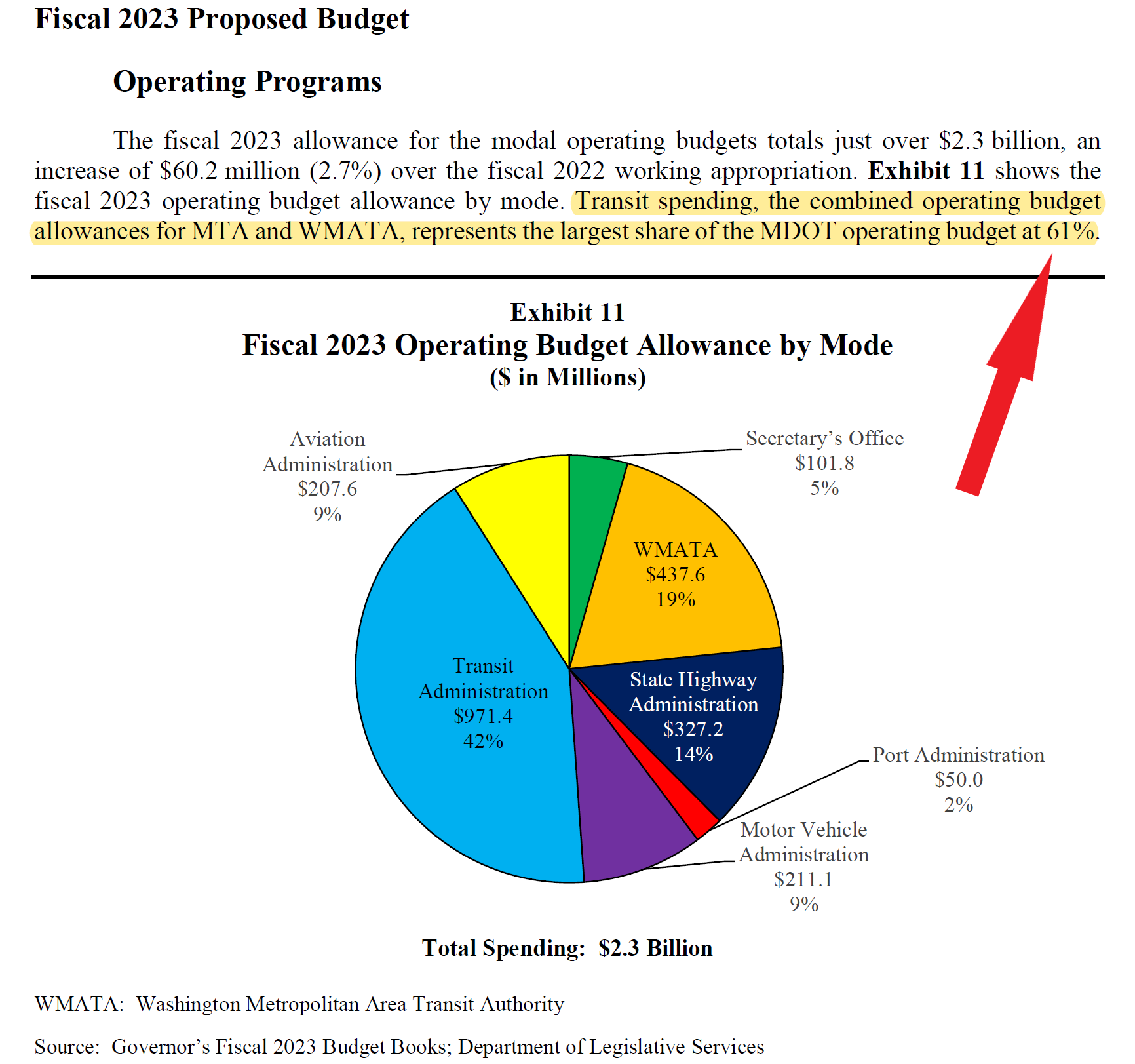