Bring on the court case!

I have to hand it to General Assembly Democrats.  They took the most gerrymandered map in the entire country and gerrymandered it more.

This week General Assembly convened in Special Session to pass a Congressional Redistricting Plan. State Legislative Redistricting will be completed in the regular session starting January 12, 2022.

The LRAC was comprised of members of the General Assembly to determine where the district lines would be drawn. While this effort included two Republican members for the first time in the state’s history, the ultimate product was a partisan map that did not receive the support of the Republican members of the Committee. This bill came before the General Assembly as House Bill 1.

The Citizen’s Commission was appointed by the Governor under the principle that it is the citizens of Maryland who should determine what politician represents them.  They produced a fair and non-partisan map that was brought before the General Assembly as House Bill 2. 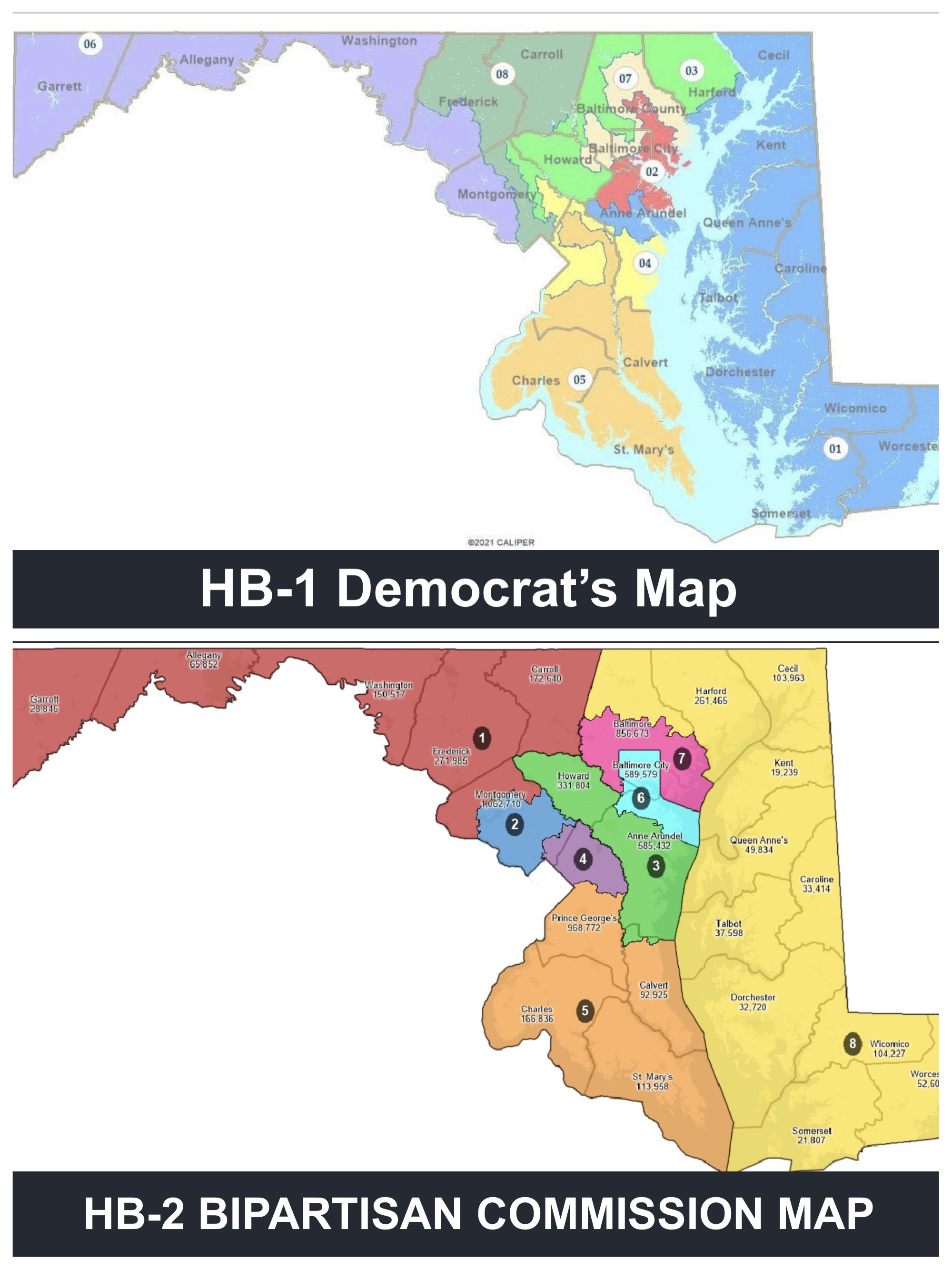 Unsurprisingly, the Democratic majority in the General Assembly rejected the will of the citizens and supported the highly partisan and gerrymandered map, and passed House Bill 1. They moved quickly to override the Governor’s veto of the bill. In all likelihood, this matter will be settled by the courts.

I stood to support Governor Hogan's veto of the HB-1 map. Please take a moment to watch my final floor speech on my YouTube Channel here: https://youtu.be/Xk5MLukXoMQ

The General Assembly overrode Governor Hogan’s vetoes on a number of bills including:

HB 16 - Correctional Services - Immigration Detention - Prohibition (Dignity Not Detention Act) prohibits state and local detention facilities from being used to detain illegal immigrants solely for their immigration status, thus inviting private prisons into the state, while endangering the citizens of Maryland by hindering cooperation with federal officials. Under the bill, local governments partnering with the 287g program can only seek immigration detainers for crimes of violence or sexual offenses. Any local governments that participate in the 287g program and pause their participation may not resume their participation at a later date. I voted with the Governor and against this bill.

SB 202 - Correctional Services - Parole - Life Imprisonment – SB 202 removes the Governor from the parole process for offenders sentenced to life without the possibility of parole. While the bill increases from 15 to 20 years the amount of time an offender must serve in order to become eligible for parole, this does not include diminution credits. When considering diminution credits, an offender could be eligible for release after 17.5 years. Under this bill, someone convicted of first-degree murder could serve a shorter sentence than someone convicted of a lesser offense.  I voted with the Governor and against this bill.

HB 23 - Personal Information - State and Local Agencies - Restrictions on Access (Maryland Driver Privacy Act) – impedes important criminal law enforcement investigations by requiring the denial of inspection of certain parts of public records by a federal agency unless they have a valid state or federal warrant. Limiting access to any database operated by state, local, and private vendors to law enforcement agencies removes the ability of our state’s criminal justice professionals from being able to perform essential job functions that keep our communities safe. I voted with the Governor and against this bill.

HB 894/SB 746- Education – Community Colleges – Collective Bargaining – authorizes collective bargaining at community colleges statewide. Historically, these decisions were made at the local level. The extra expenses associated with collective bargaining will put a severe strain on counties and the budgets of community colleges, most likely leading to increased tuition costs at a time when affordable training and education opportunities are needed the most. I voted with the Governor and against this bill.

HB 174/SB 95 - Public Utilities - Investor-Owned Utilities - Prevailing Wage – puts unwanted financial burdens on Maryland utility contractors by requiring they shoulder the additional labor costs of establishing a prevailing wage for utility projects. The bill has the potential for a meaningful increase in utility rates for Marylanders. I voted with the Governor and against this bill.