Monday, March 20th was ‘crossover’ day, when bills must cross from the originating House to the other side. A final push to pass bills from the House of Delegates to the Senate resulted in a long day of debating and voting on the Floor.  One very controversial bill was passed unilaterally out of the House of Delegates by the majority party despite serious concerns and objections by Republicans. 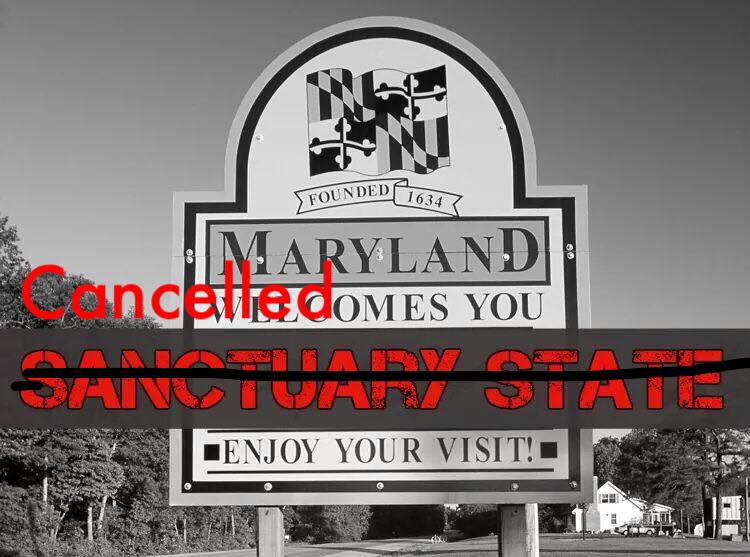 HB 1362- Immigration- Community Trust Act (Maryland Sanctuary State)
The House of Delegates voted yesterday to push legislation to the Senate that will provide a sanctuary for convicted lawbreakers who are in our communities unlawfully.

For those that are inclined to support this bill for humanitarian reasons, I thought I’d take the time to explain just what this bill does and how bad this bill is.  This bill is not about protecting families, undocumented or otherwise. This bill will tie the hands of local and state law enforcement to get these criminals off our streets. Case in point: Immigrations and Customs recently released a report of the jurisdictions which have released from custody individuals who were sought for questioning by Homeland Security. Between January 29th and February 3rd, three people who were asked to be detained by Homeland Security were released. On that list, from Montgomery, Prince Georges and Baltimore Counties are a drug dealer and two people charged with assault. All three released back into the community. These are our communities. So let’s be clear, this bill expressly prohibits local law enforcement from detaining a person upon whom the Department of Homeland Security has issued an I-247D detainer. Here are the only reasons for which this detainer would be issued:

3) has been convicted of a felony other than illegal immigration

4) has been convicted of an aggravated felony

6) has been convicted of 3 or more misdemeanors, not traffic or immigration status

I have serious questions as to why the Maryland General Assembly is determined to protect terrorists, felons and gang members at the expense of Maryland citizens.

After the passage of the bill, Governor Hogan said, “The Maryland House of Delegates tonight passed an outrageously irresponsible bill that will make Maryland a sanctuary state and endanger our citizens. This legislation would interfere with our state and local law enforcement's ability to cooperate with federal law enforcement authorities.” The Governor has promised to veto this bill and I support the decision fully. However, we want this bill killed in the Senate.