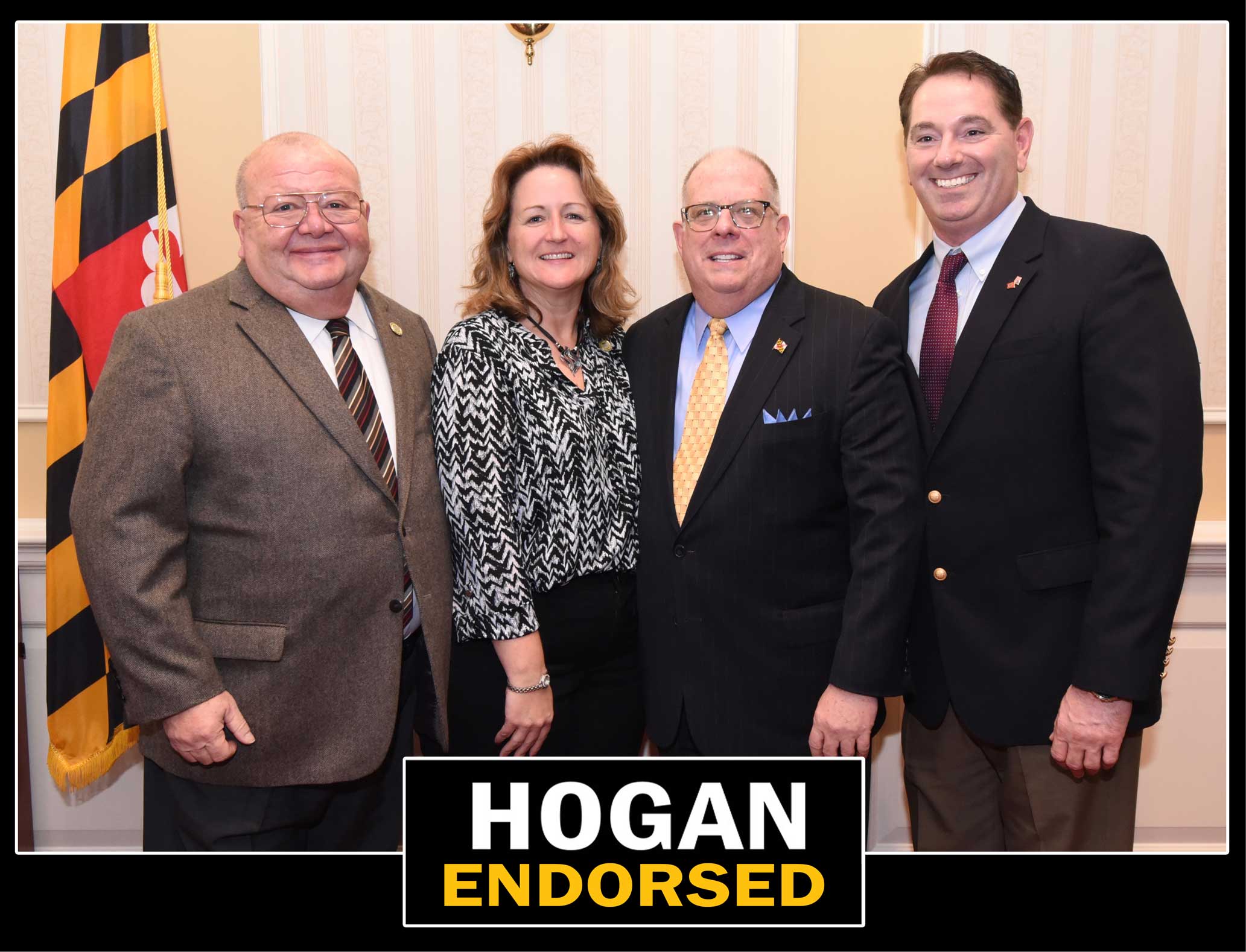 “I am happy to endorse the District 29 team, Delegates Matt Morgan, Deb Rey, and Jerry Clark.  I know I can count on them to support a fiscally prudent yet socially responsible legislative agenda.  We are changing Maryland for the better and we are just getting started” said Governor Larry Hogan.

When asked about filing together, “United we stand, divided we fall.” stated Delegate Morgan.  “We fought for everything we campaigned on.  We work extremely well together and I trust both Delegates Rey and Clark to consistently do the right thing.  In November of 2018, we’ll have a generational opportunity to accomplish non-partisan redistricting, affordable healthcare and much, much more.  Our policies aim to ensure Maryland becomes a place where people just don’t exist but thrive.” concluded Morgan.

“We are humbled to receive Governor Hogan’s endorsement and excited about the opportunity to continue working with him to lower taxes, fight for our constituents, and defend southern Maryland’s values,” said Delegate Deb Rey

“After 43 tax increases during the last administration, that led to Maryland losing 8,000 businesses and unemployment sky-rocketing, it has been great to be involved in turning Maryland around for the better.  I feel our voices are being heard and our area is benefiting from it” said Delegate Clark.